How Opioids Affected My Life III

In between 1999 and 2019, half a million Americans died from an overdose of opioids. Half of these deaths were from prescribed opioids. In those twenty years, opioid use disorder (OUD) in the US quadrupled.

In my previous two pieces about opioids, I described how they can turn ordinary people’s lives upside down and make them into OUD sufferers. Unfortunately, the opioid story becomes “our” story all too easily. Even when OUD sufferers want to quit opioids, a post-acute withdrawal syndrome may draw them endlessly into the cycles of “relapse.” I attempted in these two posts to provide a better picture of the mechanism of addiction, and I called for more comprehensive support for OUD sufferers from society.

In this article, I’d like to look into the opioid crisis from prescription providers’ point of view. The Centers for Diseases Control and Prevention provided in December 2020 an overall comprehensive picture of the prescription dispensing rate (Table 1) from 2006 through 2019. Its details were described state by state as well as a county by county. 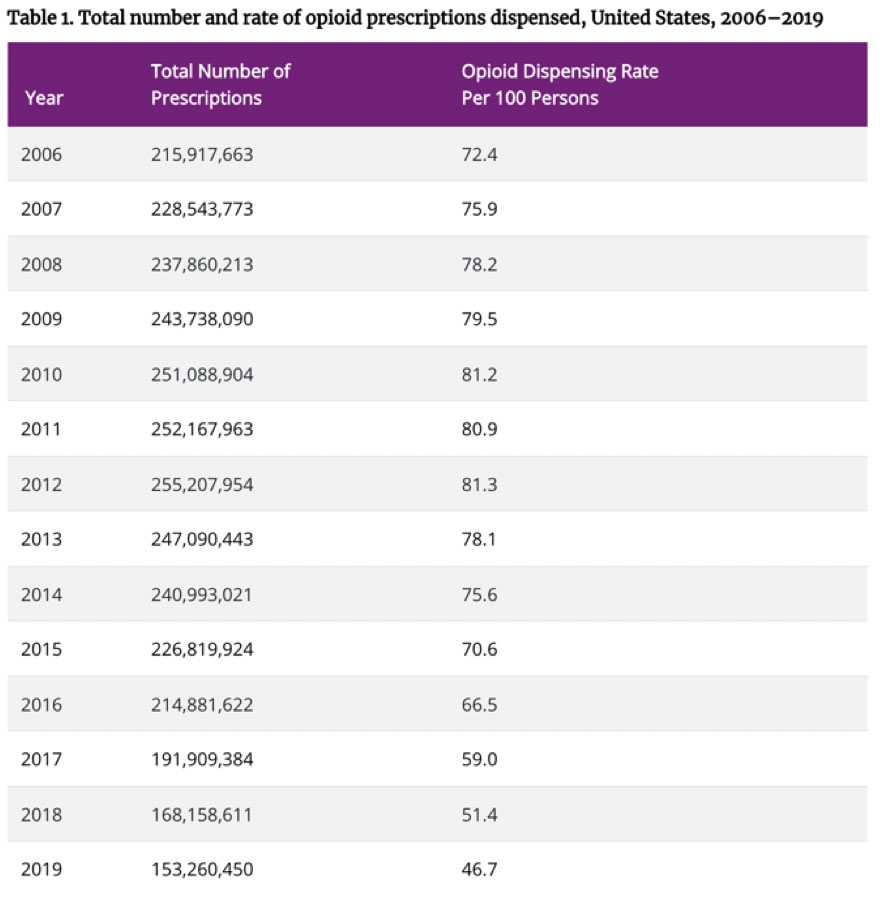 Why do providers overprescribe?

Opioids are classified as controlled substances by the Drug Enforcement Administration (DEA). Therefore, physicians, dentists, and other professionals registered with the DEA can dispense these drugs to patients.

Even before this opioid crisis, providers were frequently criticized for their excess in prescribing antibiotics. One of the providers’ character traits, empathy to patients, may have contributed to this phenomenon. In real clinical settings, even well-trained, knowledgeable providers may sometimes be swayed by patients who request/demand prescriptions persistently. With a limited scheduled time and patients’ pain in mind, providers often believe these patients’ demands are valid.

No opioids in my clinic

Here I’d like to share a few stories from my time practicing in a clinic as a pediatric dentist.

Within a month of my move to San Diego from the East Coast, I found work at a dental clinic in the Indian Health Service. Since the government partially funded them, I practiced using reciprocity from my Maryland dental license. After passing another Dental Board Exam in California, I decided to continue working in the Native American community. There I established a full-scale pediatric dentistry practice—the first of its kind in the Native American community in California.

In the fifteen years that I ran this pediatric practice, I found that children’s fears and anxiety and associated behavior modification were among the most important aspects of my work. I routinely used nitrous oxide (some call it “laughing gas” but I called it “happy air”) for children with anxiety, in addition to local anesthesia. I provided oral conscious sedation using carefully chosen scheduled drugs for younger children with moderate anxiety. For children with severe anxiety and panic tendencies, I collaborated with a well-experienced dental anesthesiologist who provided deep sedation to literally put them to sleep while I was treating them.

My concerns were always to balance the benefit of using these drugs against any potential risks, and to specifically avoid drugs that might contribute to these children developing an addiction to or abusing similar pharmaceutical drugs in the future. In this case, my primary concern was opioids.

Many formulas and drugs are available to choose from for conscious sedation. Many clinicians favor and use a drug like meperidine (Demerol®) for more profound sedation in combination with another sedative-hypnotic drug. This provides an analgesic effect and calmness. With Demerol, children don’t arouse easily and stay half asleep throughout their treatment—but even so, I refused to use this drug; in fact, I never used any opioids in my clinic. I always kept my children as pain-free but also as conscious as possible, still communicating with me in the chair throughout our treatment. 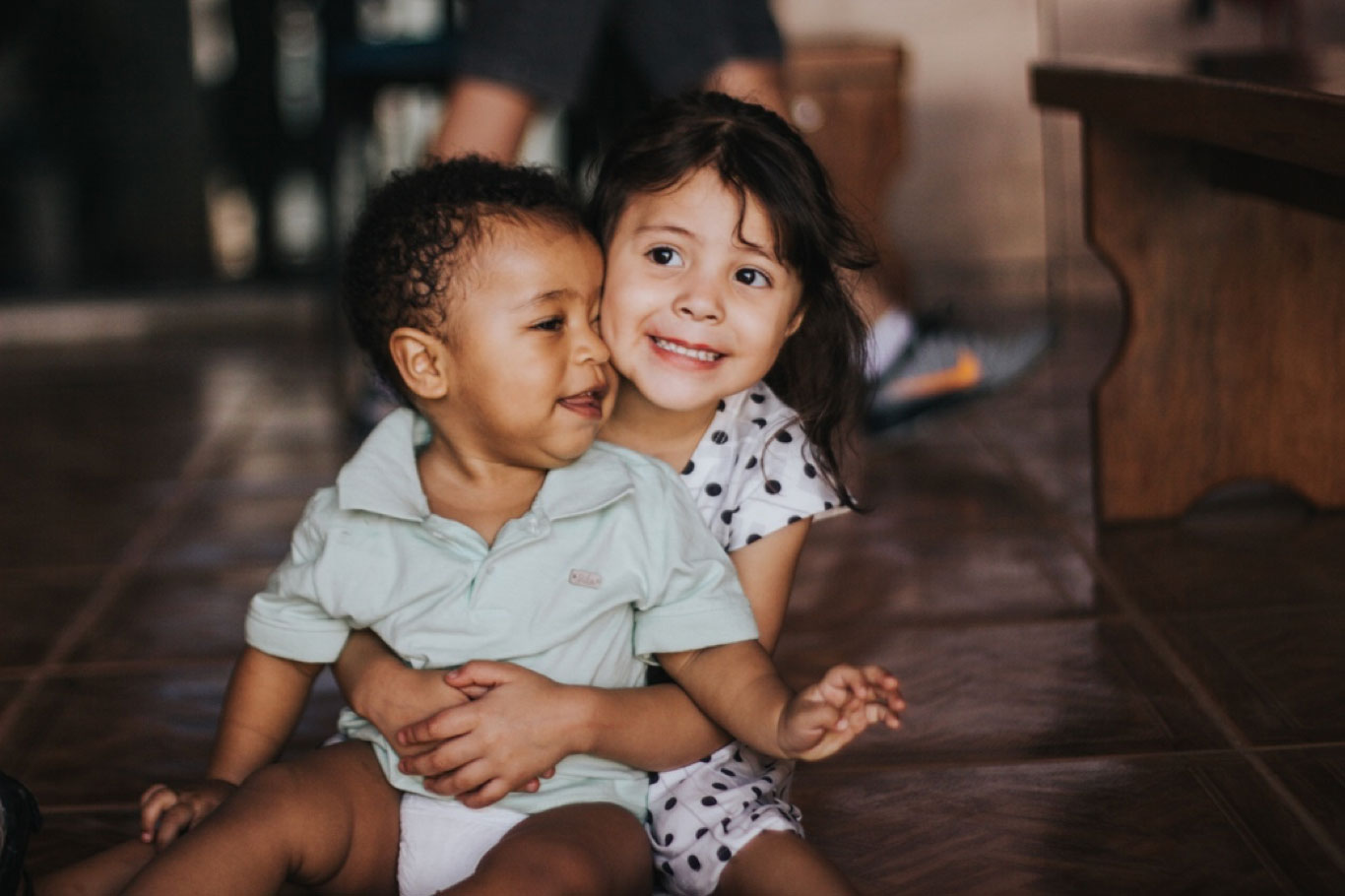 No opioids—even in emergencies or under pressure

Another story I’ll share here is one that’s a very common situation in dentistry. At regular dentistry practices, some adult patients will try to obtain opioid prescriptions by pretending they are in severe pain. In my pediatric clinic, these stories had a modification because my patient was a minor and the guardian was the person who wanted the drug. They used their own kids as an excuse to get the drug prescription.

When a child came to my clinic for a dental emergency, some guardians exaggerated the kid’s pain level. One day my patient of five years old came to the clinic with his dad. My examination revealed that the boy had a large, black cavity on the lower second baby molar but almost no pain with palpation or percussion. In the x-ray, there was a little suspicious radiolucency (blackness) between the bifurcated roots. I worried it might be the beginning of spreading infection from deep caries.

I didn’t like to leave any children in pain or possible despair, so I treated all children who came to emergency with hands-on treatments. “Remove the cause of the problem” was my philosophy. Simply issuing a prescription and sending a child back home never existed in my clinic.

That day, I gave my young patient a root canal treatment and placed a decent, tooth-colored crown over the tooth. The tooth got better; the kid was happier. Then his dad asked me to give him a prescription. I told him he wouldn’t need any—that if he had Motrin, Advil (ibuprofen), or Tylenol (acetaminophen), that would be enough. But Dad, who’d clearly come for his own interest—to obtain “the drug”—insisted that he wouldn’t go home without an opioid prescription.

I was happy to explain to that father what I had accomplished in my treatment of his son, what he could expect from it, and why his child wouldn’t need the drugs he was asking for.

Though my refusal to prescribe possibly deadly drugs was a small effort, I felt a sense of pride and gratitude in my heart that I was protecting and empowering children in the community I loved dearly.