The world seems to have become more divisive in recent years. In this world of division, do we share common ground and values where we can speak and communicate with one another? Many of us have our own faith and practice in which we aim to become more grounded and compassionate persons. But do religions really serve us to be more open-minded and speak mindfully across all of our boundaries?

Do religions bridge or separate us from one another?

There have been mixed arguments about whether or not “religion is the cause of many wars or violence.” Matthew White claimed in his history book, 11 of the world’s 100 deadliest atrocities were caused by religions (Wikipedia). Andrew Holt, Ph.D., however, confirmed 122 out of 1,763 historically recognized wars were caused by religions, which accounted for 6.9 % of all the wars listed in Encyclopedia of Wars written by Charles Philips and Alan Axelrod in 2005. Many wars may not have been caused only by religions, yet often they were intertwined with societal and/or ethnocentric conflicts in the regions.

There are many religions and religious beliefs out there in the world. Major global religions have extended from the place of their original inceptions outwardly to every corner of the globe for many centuries. As they spread, their teachings have embraced existing regional and geographical cultures, customs, racial backgrounds, and beliefs, befitting the particular circumstances.

In this process of globalization, adaptation, and embracement into local and regional existing bodies and backgrounds, the original teachings have somehow overcome and best adapted to a panoply of geographic, demographic, practical, ethnic, and spiritual conditions and/or challenges. Scholars have classified these adapted changes, all the branches of religions, and denominations into categories by their common features, specific differences, lineages, and historical aspects of the various religions.

As a result of such diversification, though the original essence remained intact, each religion has become more unique, specific to a community of ethnic, racial, and social-economical groups, even revealing certain disparities within. But do these diversified groups of the original religions speak freely and help each other within and across all of the religions?

I’ve been a devout esoteric Buddhist for 24 years, but this fact doesn’t stop me or limit my interests in all religions, human activities, and humanity in general. I feel so comfortable seeing and interacting with the world in a way I practice and train myself along with specific disciplines. Through my faith, I’ve never narrowed my view of the world, but rather, I’ve become more of a citizen of the universe, for which I’ve been most grateful. 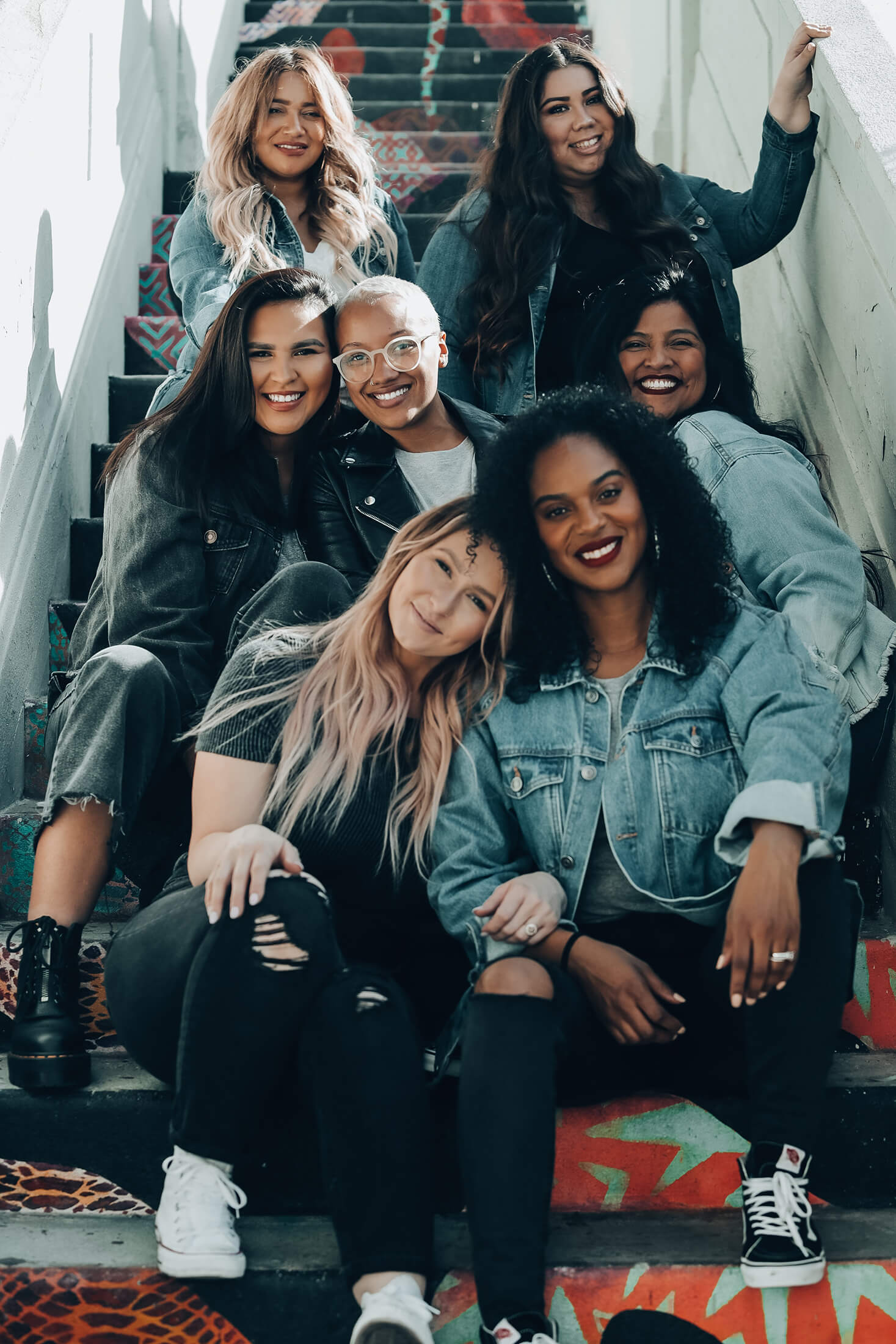 Photo by Joel Muniz on Unsplash

In any religion, we pursue a path originally from an individualistic interest, wish, and hope but that is ultimately extended to others. We’re touched by the sacred intentions of the universe, truth, and/or God. As we’re aware of the sacred; bliss and blessings we received from the source, we do reciprocate. Through all these interactions we come to truly know what the sacred is; the universe, truth and/or God, and about ourselves, and humanity. I have trust in all the processes that we find the path and stay grounded and humble along with the path.

Considering all the diverse religions in our time, I’m very sure every religious seeker in specific groups of their backgrounds must have an image of the sacred. For example, if you’re a Christian, you must’ve had a specific image of Jesus or even God in your mind. Is Jesus a black, white, or brown person to you? I don’t consider this type of question as prohibited. As we seek and believe, we must’ve somehow created an image of the sacred.

Research of ancient skeletons in Palestine suggests the average Judean would have had black to dark brown hair, olive skin, and brown eyes (Wikipedia). For God, we must’ve somehow personified an image, too. Some of us may have believed that the concept of God isn’t physically touchable, or a tangible humanistic appearance, but maybe more abstract and esoteric in nature. I believe that for these two thousand years, the questions of who really Jesus was (or God to you) in physicality, ethnicity, and/or race were answered in societally and ethnocentrically favored ways.

Our future demographics in the religious world

The 2015 Pew Research predicted the religious profile and demographic of the world in 2050 from the ongoing trends. In the report, almost equal numbers of Christians and Muslims may occupy one-third each of the total world population. Starting in the 1990s, while Christians in the United States would continue to decrease over the next four decades, by 2050 sub-Saharan Africans may comprise forty percent of the Christian population in the world.

The trends of Americans leaving Christian faiths seem to have occurred more rapidly than their 2015 prediction. In their 2019 report, the percent of American Christians declined to 65% at a much higher speed than was originally predicted to be by the year 2050.

Now we are facing drastic changes in our religious profile, diversity, and other demographics in our religious communities. One of my friends used to say, “whenever you move to a new place in a new state, go to a church you’re affiliated with. You will find friends no matter where you move…” But is that really happening now, or in the future? Now I feel like should come back to my original question. How well can we walk across “the bridge,” communicate, and come together to work with our fellow humans? With or without affiliations with any religions, I believe that now is the time for us to seriously think about this, finding our common ground among us across all the religions of the world.

Our images of the sacred were reflections of our ethnicity, race, culture, spirituality, and other backgrounds. But we need to find common ground, we all need to return to the fundamental question: why do we need religions in our lives? When we want to achieve something bigger and better in conflicting and challenging situations, we all need to “be willing” to make efforts outside of our comfort zones. Otherwise, the gravity of the conflicts only pulls us downward and result in narrowness. In this divisive world, we need to cultivate a sense of loving-kindness, harmony, and peace among us.

One of the essences of religions and spirituality is to share Love, Peace, and something sacred with anyone beyond our distinctions. Love sounds abstract and esoteric to some people. Yes. You cannot grab Love in your palm to see its form. But Love creates many tangible, practical forms from it at each moment, every day, and to anyone. That’s why we need to cultivate this special quality and value in us and train ourselves to patiently uphold the values no matter what hardships fall onto us. It doesn’t have to be a religion. It is essential for all of us to survive, and thrive in these challenging years of trials. Even if you don’t believe in any religions, you do believe in Love, because we all need it as food to nourish our souls.

May love be found in you, and shared with anyone.

This article marks my 100th post on MEDIUM since my inception last Christmas Eve, particularly my appearance on publication platforms since the end of March. I am immensely grateful for all of your mentorship, fellowship, friendship, and readership.