Have you taken the genetic test yet?

Ancestry®, 23andMe®, MyHeritageTM, and other brands, the direct-to-consumer (DTC) genetic testing has wildly become popular in the last few years. The test user number in the States has grown from below 10 million in 2017 to over 55 million in 2020. This current boom is expected to grow more rapidly this year with an estimate of over 90 million test users. By the end of this year, almost half of Americans on average will have completed the test.

Commercially available DTC genetic tests, costing us from less than one hundred to a few thousand dollars, are manufactured by more than seventy companies. Within several weeks after sending your swab sample, the companies claim that you can receive information on your ancestry and heritage, family history and possible relatives, and brief health risk and recommendations.

On the DTC test companies’ web pages, many users’ joyful voices are heard in finding biological kin and relatives who were formerly missing from their lives. Personal empowerment from a better understanding of identity is often highlighted on their website as the number one purpose of the testing. In one of her best-selling memoirs, Inheritance, my favorite author, Dani Shapiro, shares her own life was changed by what DNA testing revealed about her family.

But wait a minute! Is that it?

The FDA and CDC have warned the consumers that DTC testing’s “unregulated” products mean less scientific validity and possibly misleading information with the test results. Also, Consumer Report (CR, July 2020) has warned about major privacy violations by the DTC providers, who have been found to share users’ genetic data without users’ consent with third-party companies.

Health Insurance Portability and Accountability Act (HIPAA), the law that protects our privacy and security of health information, does not bind to the DTC genetic testers. So, healthcare providers, health plans, healthcare clearinghouses, and other business entities may abuse our genetic data and/or health information without our consent once that data is in their possession.

But my foremost concerns go beyond personal choices and the consequences of such risk-taking. As the number of DTC test users approaches one-half of Americans, the potential risk from the misinterpretation of data on race and ethnicity may become a “social phenomenon.” Vagueness and lack of transparency of population data (not yet proven in the scientific community) may negatively impact the existing ethical, racial, and ethnic disparity, and inequality in society. Hina Walajahi and colleagues also pointed out the DTC providers’ abuse of marketing language, which may affect US tribal communities’ sovereignty (Genetics in Medicine, 2019). Let me explain this a little more in detail.

In April 2003 the Human Genome Project (HGP), headed by the National Institutes of Health (NIH) and the Department of Energy, completed its fifteen-year global collaborative research plan two years earlier. The HGP announced the DNA sequence of the entire human euchromatic genome consisting of 3.1 billion base pairs of DNAs. They used a few anonymous donors of European origin for the original genome sequence; this remains the “reference genome” today.

Since then, the human genome sequence has undergone lots of computation by bioinformatics, giving the DNA sequence the biological meaning with identified genes and their functions. In the human genome, approximately 22,300 protein-coding genes are identified. All these data have provided the scientific base for advancement in biology, genetics, medicine, and science. The database is also widely available to the public. However, how the DTC test companies use this database is unknown and secret. What population data are they using for analysis?

Homo sapiens: Who are we?

Homo sapiens is the only surviving subspecies of genus Homo, separate from extinct varieties of other subspecies of Homo (for example, archaic humans such as H. neanderthalensis.) The earliest fossil evidence of Homo sapience appears 300,000 years ago in Africa. 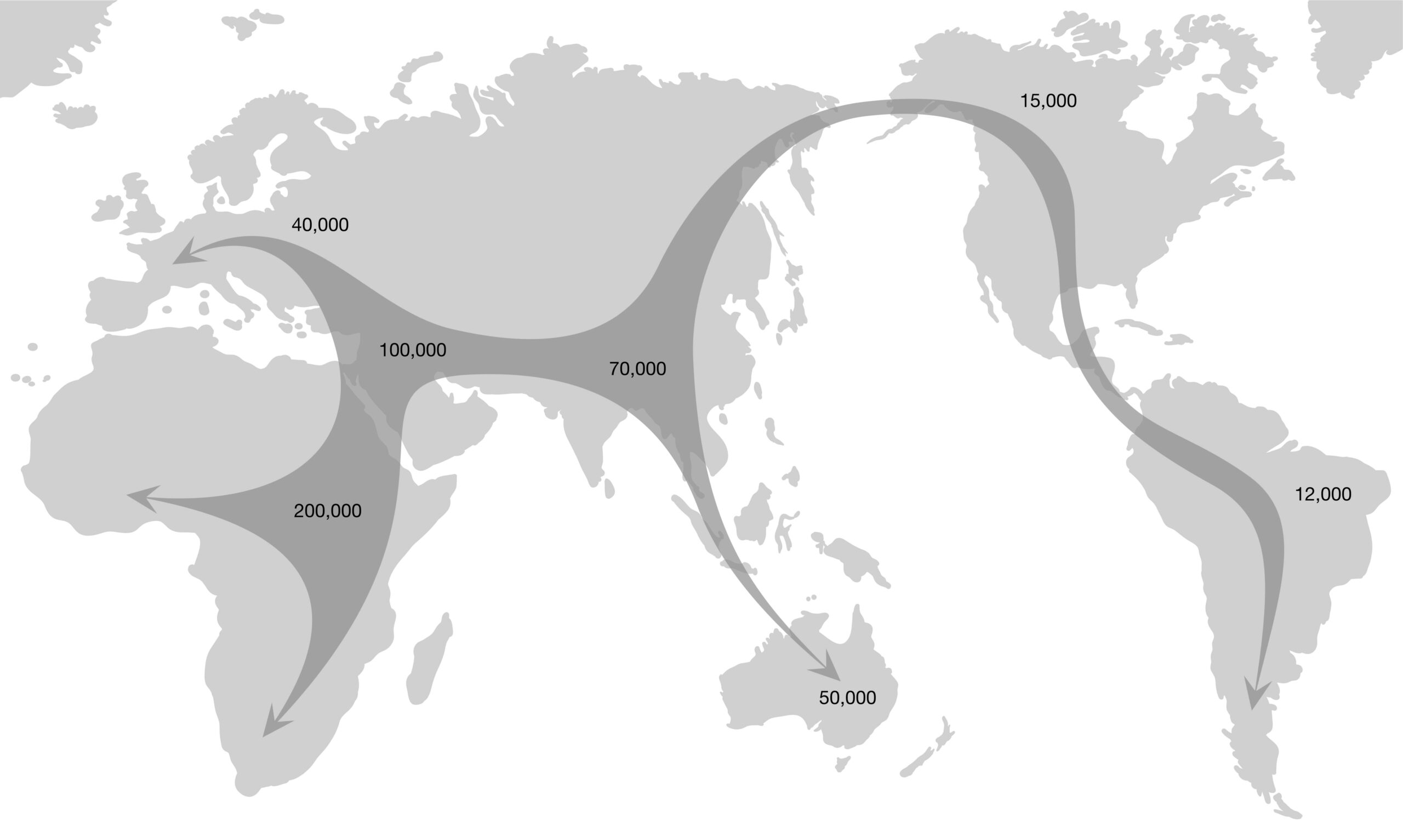 Due to periods of climate change, in the first migratory dispersal, ancient humans began to migrate “Out of Africa” to different parts of the globe almost 200,000 years ago. Studies on both Mitochondrial Eve for matrilineal and Y-chromosomal Adam for patrilineal modern human ancestors also support this timing of the first dispersal and the idea that East Africa is the common ancestral home to all humans. Modern human dispersals out of Africa took place in an additional two to three periods with the most successful period between 80,000 and 50,000 years ago.

What are races in modern humans?

After modern humans’ dispersals to various regions like Europe and China in different times, some interbreeding with the remnant of other archaic subspecies of Homo took place. Generational, geographic barriers, isolation, and small group of survivals from catastrophes caused more genetic variation– divergence.

In the human genome, 99.4 % of genes are identical among all of us. Up to 0.6% of the entire genes explain our individual differences due to mutations. Mutation occurs every time cells divide and genes are replicated. The human genome may express accumulation and overrepresentation of some small genetic mutations in a population, divergence, isolated from gene flow over generational time.

Race is associated with biology and linked with the physical characteristic of an individual, such as skin color or height. Ethnicity, on the other hand, is linked with cultural expression and identity within a group. 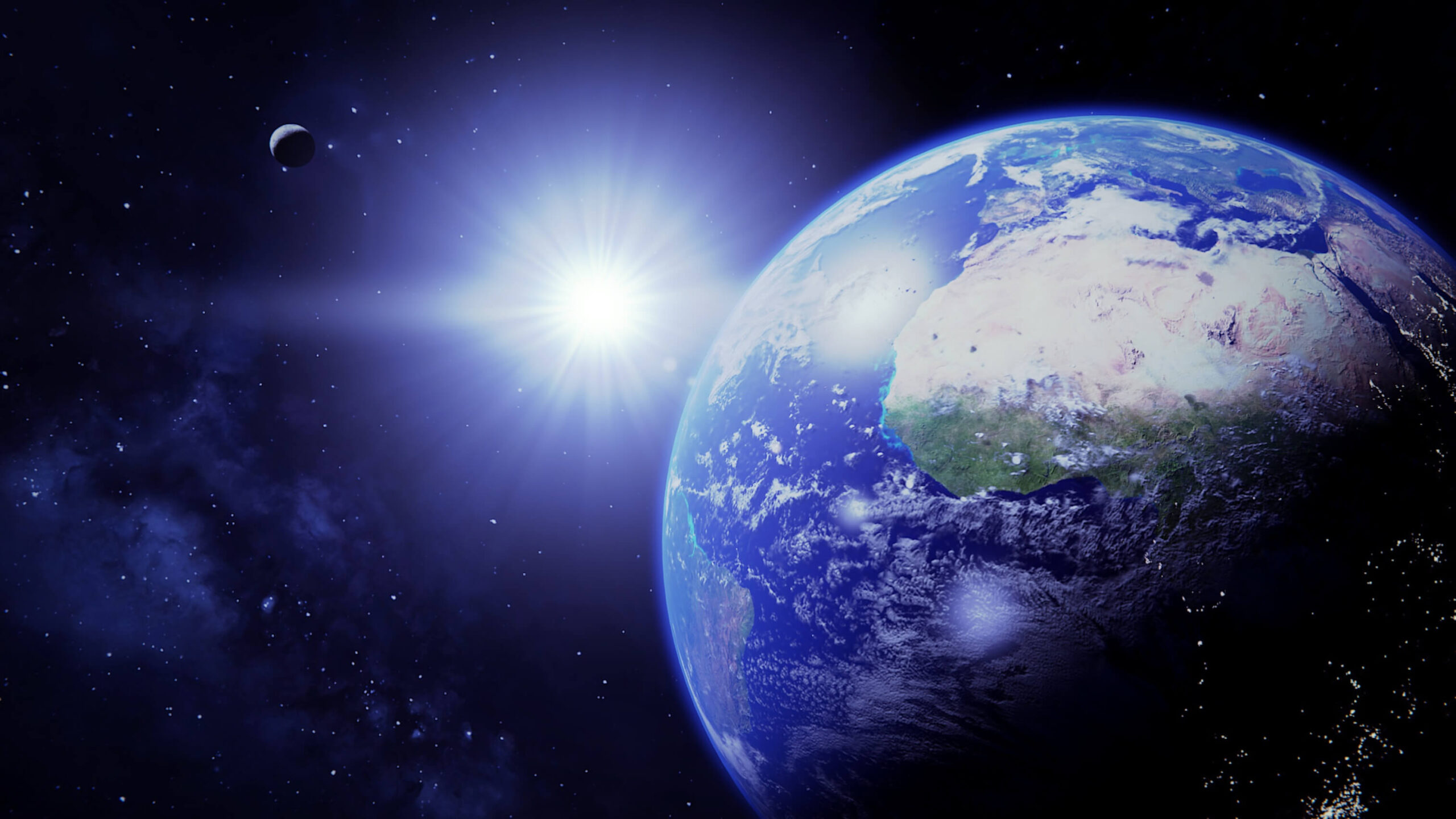 However, in the human genome, there are no specific expressions to define race or ethnicity. The DTC genetic test explains the genetic data as if they were about race and ethnicity, which is not correct. The DTC test alone cannot verify race or ethnicity at all. None of the DTC test companies disclose their information on how they obtain the original genetic database of the geographic populations they identify in their test results. Some companies provide information on “which countries” the ancestors were from, but countries are not genetically recognized geographic regions either. According to Consumer Report, most test companies use customers’ genetic data internally. The more the genetic test is done, the more possible false data would be accumulated.

We all are a family on Earth.

We don’t have subspecies of Home sapiens. No matter what skin color or eyes we have, we share the same genes derived from our common ancestors. Out of Africa, climate changes and geographic challenges with multiple catastrophes left us as survivors of human lineage in different regions. The diversity of the human race today is no more than trophies of our individual survival that we can appreciate and unite as members of the same family.

No matter how early or late they settled in this country, except for the original Native American population, Americans are all recent immigrants from other parts of the globe. That explains why we are eager to know our ancestors and genetic identities and why DTC genetic testing has become so popular.

We haven’t had biological evolution in the human race. But we have become evolution killers. Currently, 10,000 species go extinct on the earth every year at a 1,000 to 10,000 times higher rate than the natural extinction rate. Humans are the primary cause of their extinction.

Since the dawn of Homo sapiens, we’ve survived many catastrophes in the world. But now, we face this critical time for the survival of the globe, the human race, and all other creatures.

Let us not be the cause of any more catastrophes. Instead, let’s appreciate the kinship that exists among us and all the creatures in the world. We can stop destroying and instead protect this planet, this place we call Our Home.